ARCHITECTURE AS A TOPOGRAPHY

NAAW is a design office co-founded by Kentaro Nagano and Alice Wong in 2014. NAAW's focus is to challenge redefining relationships between environment and humans into a new relationship. Topography and climate have had a significant influence on human history and culture. While respecting irreplaceable contexts, NAAW aim to read it anew and expand diversity through geography to the way people live and enjoy today. Accordingly, the design process begins with more profound understandings of the surrounding land, culture, and the overall environment, including nature and man-made objects. By rearranging the elements and relationships extracted from its surroundings, NAAW explores new "platforms" and "spatial experiences" that are created with the surroundings of the site, which can only be found in that place.

This renovation project is for existing community facilities in a public housing complex in Kanagawa, Japan. The site is located on the top of a gentle hill and has plentiful open space. In recent years, the entire district has stagnated due to aging facilities and communities.

The design strategy is to take advantage of the existing building layout and terrain to revitalize this region and communities. By simply reverting the existing canopy form into an "Open Ring," the relationship between the functional programmes and sunken garden is redefined. The canopy integrated with a corner café, acts as a new gateway to the whole housing complex. The extended stair toward the sunken garden, renovated with timber seating, becomes an informal gathering place for the community to meet with each other. A small stage is planned at the sunken garden to allow events/performances to happen. The former toilet was relocated to open up a green lawn for outdoor activities at the upper platform, and introduce more sunlight toward the sunken garden. By coexisting new construction, renovation, and existing environment, the experience of passing through the sunken garden is now enriched by series of visual connections to different activities. The prior entrance plaza is turned into a community hub more engaging with the neighborhood. 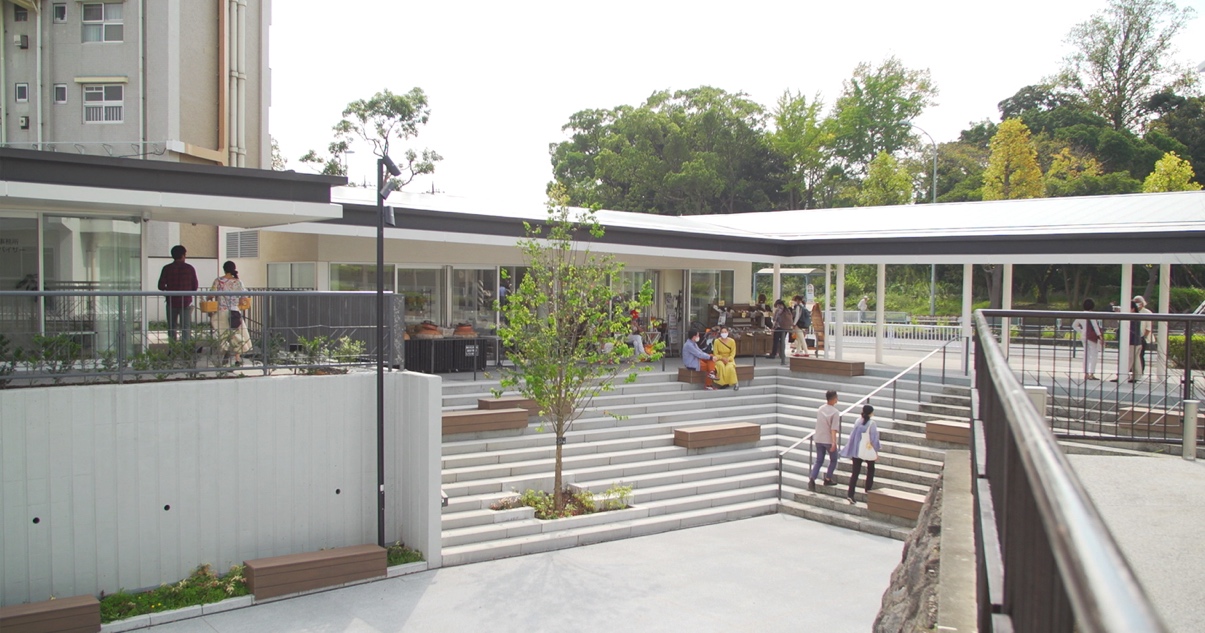 Our proposal for the Art Complex located in a splendid hilly site, inspired by the "Korean City Wall," two layers of big walls with distinctive programmes are articulated into stepping form to react to the cliff-like slope of Bukhansan. In between the walls, negative open space - "stepping courtyards," is carefully framed. This internalized nature within the Art Complex connecting us with the surroundings in multi-directional ways, is regarded as an important essence for continual creative cultural aspirations.

To be harmonized with both natural topography and urban environment, and adapt to the dramatic sloping site form, the building mass of the Art Complex is broken down into stepping tiers and half-buried in the slope. The unique stepping built form not only helps to maximize the use of south-facing slope to attract green environment to both interior and exterior, it also creates ever-changing sightline and spatial experience both inside and outside of the building. Accessibilities to the whole Art Complex can also be enhanced by connecting with the sloping road at the north side, so that accesses at multiple levels can be made possible. Different groups of functions can have direct and independent accesses for flexible operation. 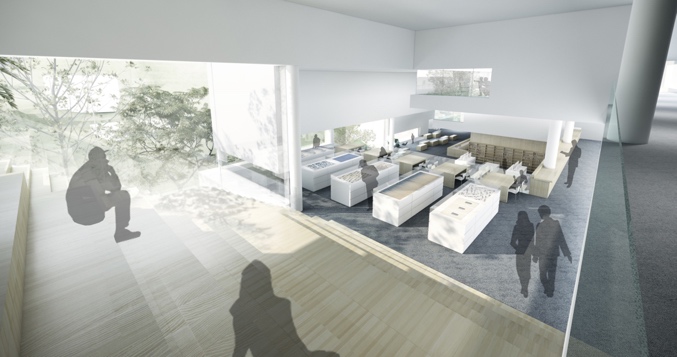 Han River, "River of Life", running through the heart of Seoul, played an essential role for who settled here in Korean history. Yeouido, where the proposed Ferry Terminal will be located, is the largest river island in Seoul, recognized as the beginning point within coordinates of Korea. In here, one can experience both the modern development and fabulous natural scenery at the same time. Such a unique hybrid character supports Yeouido as a significant symbol of riverside urban public space. Right in between, the proposed Ferry Terminal has a dual role as a water transportation hub for both daily commute and recreation.

This brand-new floating structure aims to be an open platform for everyone. First of all, the streamlined form following the river flow minimizes disturbance to the calm scenery. The one integral horizontal roof gives a strong landmark effect and signifies unique tranquillity of the Han River. Secondly, the proposed urban traffic network to the Ferry Terminal aims to reconnect the river with the daily life of the city. The open, transparent architectural design recaptures the essence of the River as a public open space. All in all, the concept of "With the Flow" is to extract the essential beauty of the Han River, and let the Ferry Terminal be fully engaged with, or even more, be part of the flow. 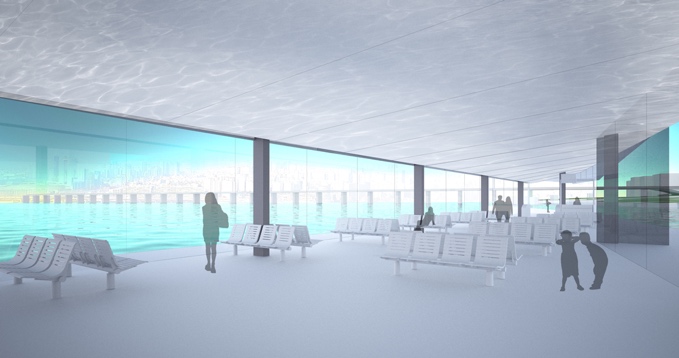