The Kuala Selangor Fireflies - Hope for the Future 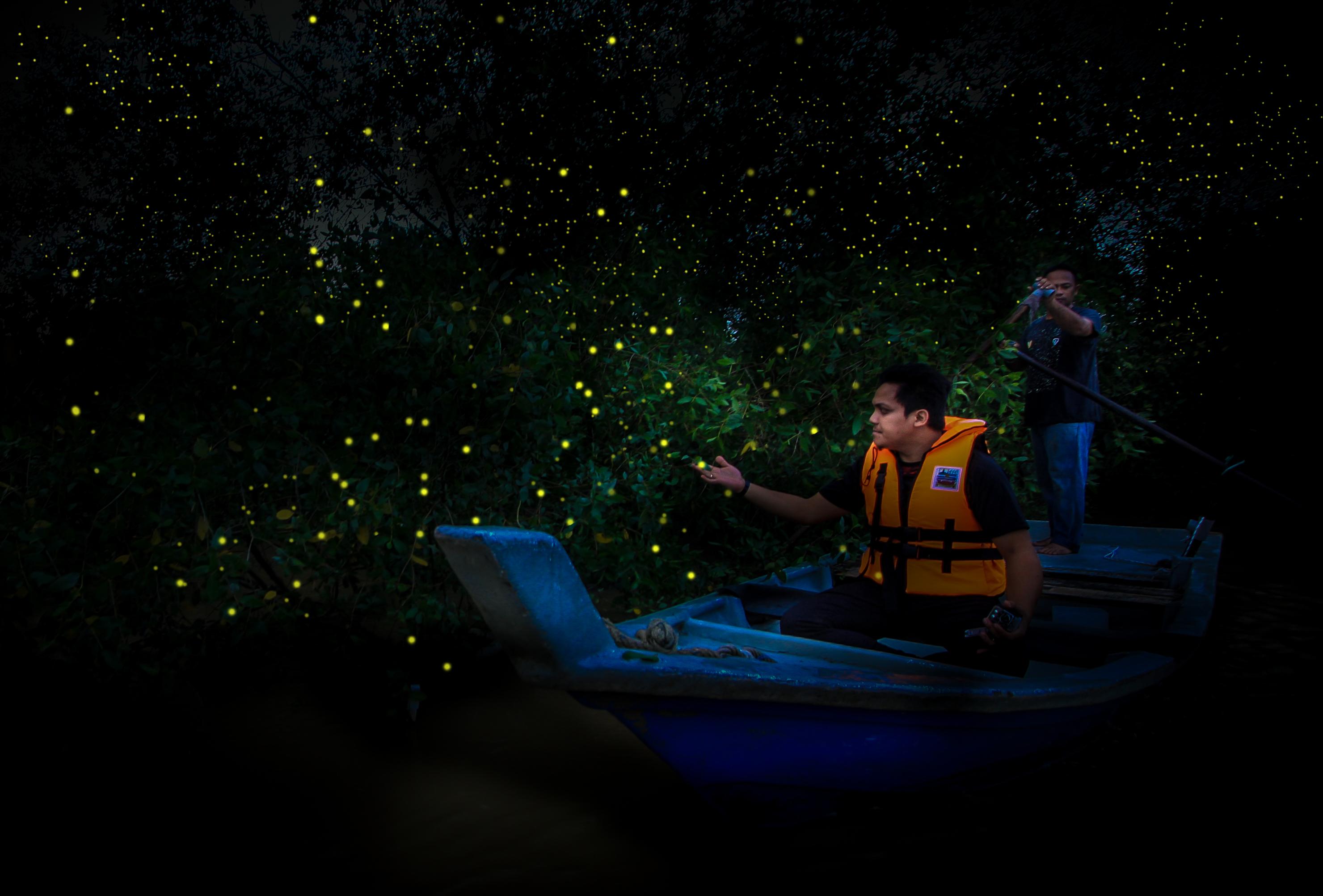 A Natural Heritage Full of Light

Fireflies are the messengers that whisper in the darkness, like stars in the night sky that provide a flicker of light to the vastness of the void. One of the most fascinating insects that can be seen abound in Malaysia at one time is now fast disappearing due to the country’s rapid-paced development. Fortunately, there are still a few firefly’s havens that are available to be visited in Selangor. The two locations where visitors can go to view these elusive insects are Kampung Kuantan and Kampung Bukit Belimbing in the district of Kuala Selangor that is well known for fireflies, situated about 56km from Kuala Lumpur.

Fireflies are a type of insect from the beetle group and in Kampung Kuantan, the species that is most available is the Pteroptyx tener species. This species is an ecotourism attraction in Malaysia because tourists enjoy their synchronous flashing in large numbers on the mangrove trees and shrubs at night. This species of fireflies displays thousands of sparkling lights, incandescently flickering along the riverbank’s trees. At times, they even sparkle in such perfect synchronicity that one cannot help but to wonder whether there are some artificial lights being controlled and hidden somewhere in the forest. Studies have shown that Pteroptyx tener live in big colonies and each colony inhabits the trees with young leaves preferably in areas of minimal human intervention. When night falls, the fireflies will feed on the nectar of the leaves and attract mates with their synchronised flashing green light. The thorax of the insect produces a green glow that flashes at a frequency of 1/3 Hz, or 3 flashes in one second. Each of the Berembang tree, scientifically known as Sonneratia caseolaris, has different groups of fireflies and each group has flashes that are synchronized unique to the group itself. 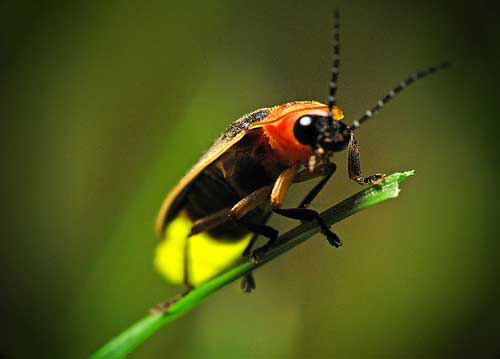 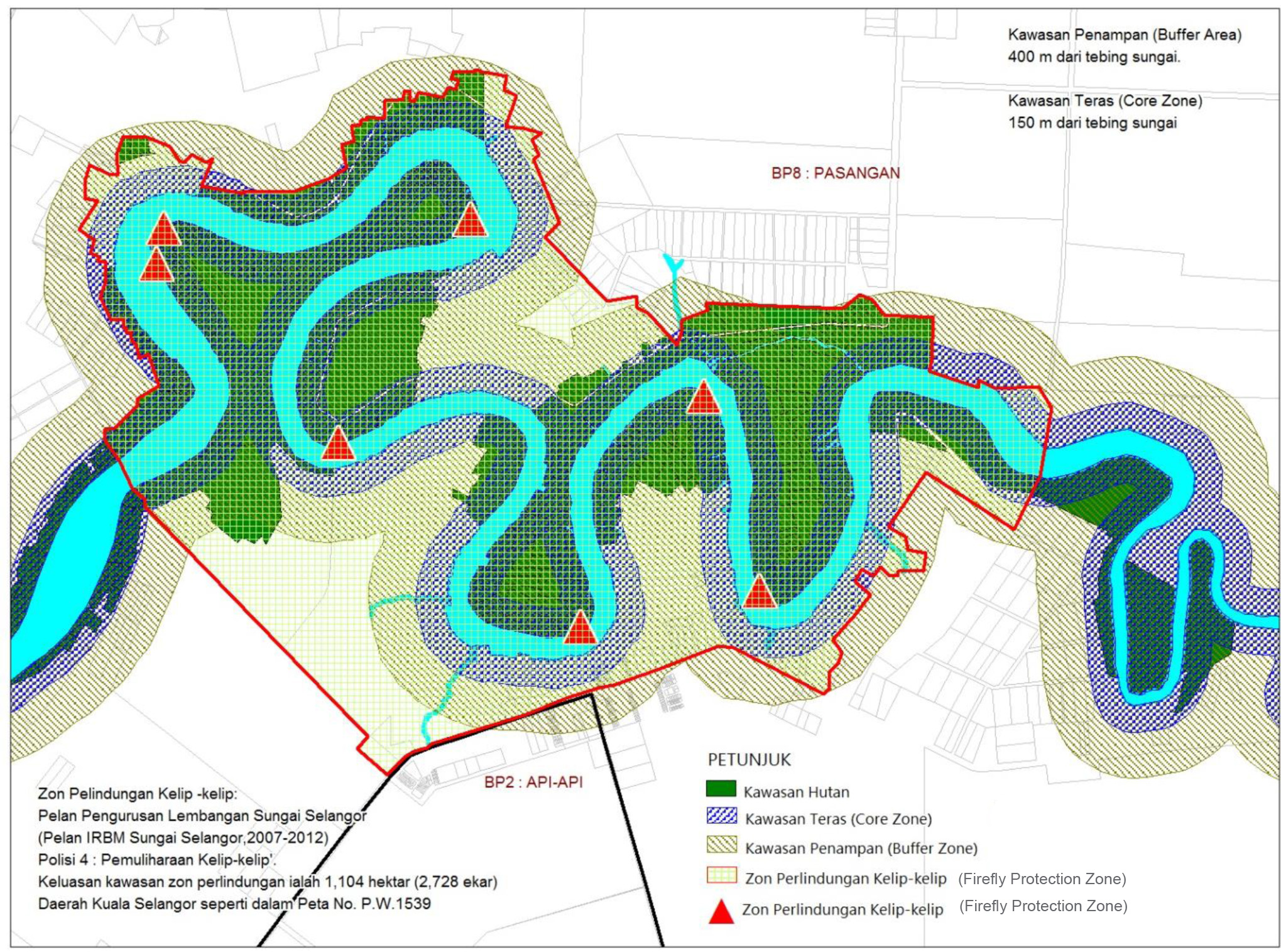 The mangrove forests in this area are identified as having a potentially high value for wildlife conservation and ecotourism. It is within this riparian mangrove is also the home to large colonies of fireflies that glow in the dark thus providing a brilliant illumination at night. Conservation of these trees are vital in the survival of these insects as to provide the habitat needed for them. Plus, these mangrove trees are also a habitat to river life such as fish, shrimp and crabs that will contribute to the income of fishermen.

The Berembang tree is a type of swamp tree that grows naturally at the Selangor riverside and is the most abundant and dominant mangrove species found along the riverbank of Kampung Kuantan, which extends up to 18 km downstream and 8 km upstream. The tree requires a tropical climate and swampy surrounding as well as in areas of low salinity (10% or less). The Berembang tree is the key to the survival of the fireflies, as it is an important source of food for these insects. Other than that, Berembang tree is also important as a habitat that acts as a filter for dirt and poison and producing clean water for the organism in the river. Over the years, more land clearance, development upstream and pollution from nearby areas have resulted in the loss of large mangrove areas, and fish resources have become scarce. According to local scientists, while the fireflies can be seen on the trees, it is on the ground of the riverbanks that the female fireflies lay their eggs. Therefore, conserving the river corridor and the natural vegetation in the area are important for the survival of the fireflies.

In my journey to see the fireflies myself, I sincerely had doubts on what I might find in Kuala Selangor. As I travelled by boat from the jetty in the wee hours of dusk with the sun setting behind me, my anticipation grew as the environment around me started to get darker by each moment. After a few minutes cruising up the river, the boat suddenly stopped and started heading to Sungai Selangor’s riverbank towards the mangrove trees. All I saw was pitch black darkness. Then suddenly, I could see some flickering lights within the mangrove. As I started to think, is this all there is? Only a few flickering fireflies? I was wrong. As our eyes began to adapt to the darkness, and knew what we were supposed to look out for, the few flickering lights at the beginning turned to hundreds of lights, and then turned into the thousands as we could now the clearly see the beauty of the fireflies in all their glory lighting the riverbank with their synchronised flickering. We even had the opportunity to interact with some on the fireflies as they came close to the boat, and one even landed in my young son’s palm. It was this experience which that touched my heart on the beauty and significance of these gentle insects and how important it is to protect them. 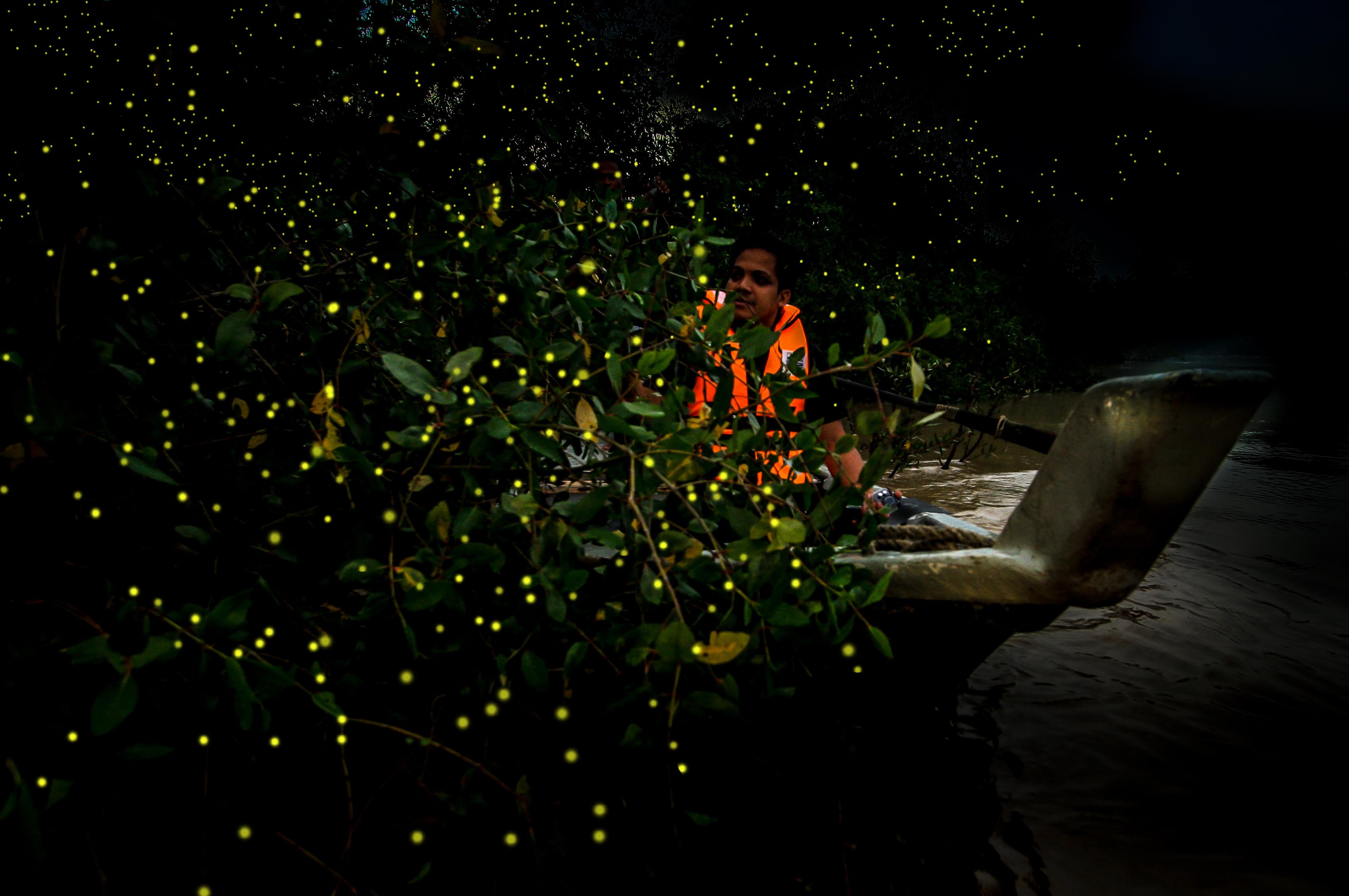